I had such a terrific experience today!  I accidentally got hold of the invitation to a “Write-In” centered on our current turbulent events. I’d never been to a Write-In, and it sounded like writer fun. It turned out to be “not at all what I expected” – in a good way.

The event, it turns out, was hosted by Writers In Baltimore Schools, an organization dedicated to empowering the voices of Baltimore City students through building skills in literacy and communication while creating a community of support for young writers.

I got to meet and listen to a bunch of wonderful young creatives.

This was really their space, and they were kind enough to let me hang out anyway. So I did! As it turns out, a Write-In consists of prompted writing opportunities (in this case, poems – which I really don’t do…), with participants reading their new creations in the group.  Like I said, this was really their space and I didn’t want to take it over, so I didn’t read. But I am posting my poems here so y’all can see what a dreadful poet I am – and to commemorate an afternoon spent in the company of my superiors.

even in “polite conversation” – instead of

denying that it exists.

Hearing the voices of

Americans who were never free

over – it just went underground.

Now, can we eradicate it?

A poem about something that you feel is standing in your way or obstructing you from doing/being something you want.

I put up my life

To protect and preserve liberty

For all my countrymen.

I watch my leaders, my neighbors –

The people whose privilege I protected – 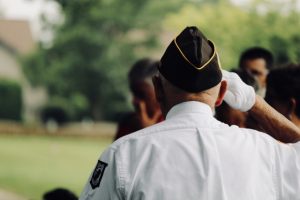 By denying those graces to others.

And they spend our lives cheap.

We vote for change

And they gerrymander us into silence.

We hold out our arms to support others

And find our shoulders weighed down til we cannot move.

And now they wonder

The Fire at Target

Is where they burned my constitution

Where they scorched my voter card

The fire at the precinct

Is where they burned the evidence of their wrongdoing.

The fire in the street

Is where they burned the bodies

The citizens of my Republic demand justice

And they refuse to be extinguished.