I didn’t want to go to the Science Fiction Museum.

I figured it was going to be a big walk through Paul Allen’s geek toybox – just a bunch of random geeky junk thrown out on display.  Nothing about that seemed like fun.

When we walked in, the first thing I saw was Gort – not the real Gort, but a reproduction of the 1950s Gort.  I stood next to him for a picture.  I love Gort, so this was a great way to start me off with a positive attitude. In the first room we entered, I was confronted by Captain Kirk’s chair – in a glass case, alas.  No pictures sitting in the Command Seat.

It was an interesting display – but also pretty much what I expected: a big geeky artifact surrounded by smaller geeky artifacts. Nichelle Nichols’ marked-up script. A uniform. A few props. The sign – I always stop to read the signs at museums – described the cultural impact of Star Trek, the racial barriers broken and the uniqueness of its multiculturalism.  Once again, I was positively surprised – they took the time to talk about why Star Trek was important, not just the fact that it was popular.

Then I turned around. 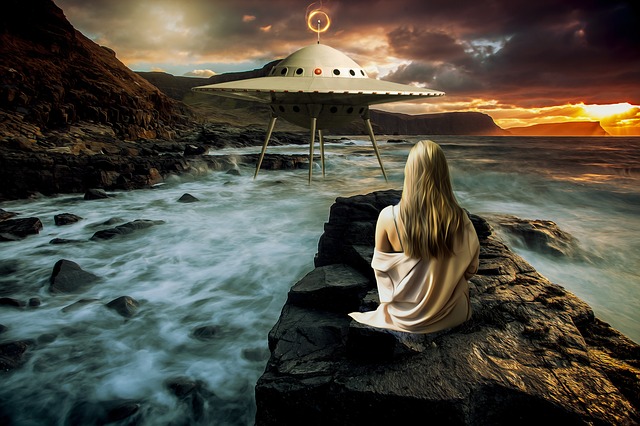 A series of shop-window displays filled with classic science fiction novels – many first editions from the 40s and 50s – told the story of ‘how science fiction changed the world.’  The signs drew lines between early science fiction writers and current events:

The signs guided me on a 50-year journey from the beginnings of science fiction to significant social changes in the nation and the world.

THIS was the SciFi museum I wanted!

OK, the rest of the visit was pretty much “Paul Allen’s geek toybox.”  But all of those geek toys had a different significance because we started from a place of context.  Yes, that’s really a cylon over there – but coming from that display on how SciFi reaches from our past into our future, he was more than a cylon – he was a representative of the many philosophical conflicts posed in Galactica. The entire place was elevated by that introduction. OK, some of the signs had careless typos and grammatical errors, but everything had meaning.

The next time I went, I was excited.  The new exhibit was on Fantasy, and I couldn’t wait to go. 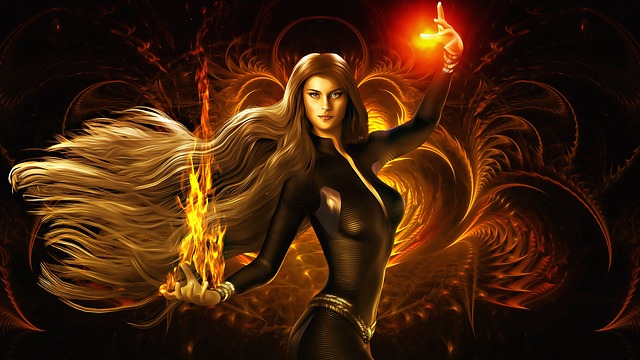 I should have stayed home.

As it turns out, the original History and Influence of Science Fiction” display was gone.  The fantasy artefacts were appropriately impressive: costumes from Harry Potter, Narnia, and the Princess Bride. An animatronic dragon. Original manuscript pages from Tolkien. First edition Dungeons & Dragons books.

What a fantastic opportunity!  D&D and Harry Potter – an opportunity to discuss how both series were targeted for book burnings and satanism, to explore the role of censorship and religion in the history of fantasy literature. Tolkien and Narnia – and opportunity to explore the authors’ friendship, and Tolkien’s influence on Lewis’ conversion from atheism to Christianity. The role of Good and Evil at the core of fantasy literature.

Instead, I saw costumes from Harry Potter and Narnia, laid out like department store windows at Christmas – designed to catch the eye , and with little substance.  An original D&D volume tucked into the bottom of a case highlighting Tolkien’s map, with a tiny side note pointing out that Gygax’s game was influenced by Tolkien’s books.

A missed opportunity, indeed. Ah, well – perhaps the curators simply didn’t understand Fantasy as they did SciFi. Upstairs, the Experience Music Project was running a special exhibit on women in popular music.  Perhaps that would be better. 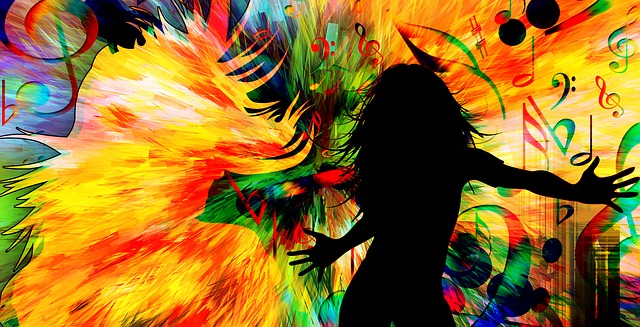 I was excited by the names I saw flash by – Billie Holiday, Stevie Nicks, Madonna. The exhibit was full of women who had a real influence on music – both artistically and on the industry. I looked forward to learning more about how Stevie Nicks earned her spot in the Rock and Roll Hall of Fame and a spot on Rolling Stone’s list of 100 Best Songwriters of All Time. I couldn’t wait to see an exploration of how Madonna’s outrageous style played into her image and artistry, and the cultural influence of her music and self-marketing.

Instead, I read a brief blurb listing the number of #1 hits each artist had (with no explanations, little context, and often not even a listing of the songs’ names), and a detailed explanation of the costume in the case.

You read that right – the exhibit on women in pop music was a big display of “here’s what she wore” with a few random facts added in to fill out the signboard. Apparently neither museum’s curator had any sense of why the items they were exhibiting were important.

Not too long after that, the museums were merged into a single entity: “MoPop: the Museum of Pop Culture.” Well, it made me feel a bit better to know that apparently it was only one completely disinterested and ineffectual curator.

Not too long ago, the Seattle SciFi community was abuzz with the Star Wars exhibit coming to MoPop. As a huge George Lucas fan, I really wanted to go. But I was afraid that a miserable, shallow presentation would ruin it for me.

I visited their web site, to see if things had changed.

“See the Wicked Witch of the West’s hat from The Wizard of Oz, weaponry from The Lord of the Rings, the battle headdress and staff used by the White Witch in The Chronicles of Narnia, and other iconic costumes and props from TV and the silver screen.”

Nope. Nothing to see there.