I’m seeing a lot of posts from my friends right now encouraging people to vote, and pointing out how big an impact voter absenteeism/non-participation has on outcomes.  All of the things they are saying are very true, and important. But they also overlook an important truth: there are some people who shouldn’t vote, even if they legally can do so.

I say “shouldn’t” in a moral sense.

In recent years, our public discourse and understanding has changed quite a bit.  One of the biggest erosions I have seen is the failure to understand the difference between a “right” and a “privilege.” As an international community, we are beginning to agree on certain basic human “rights” – things that no government or entity has the right to take from individuals or inflict upon them. We have more or less reached an international consensus that people have the right not to be tortured. We count it a violation of basic human rights – things that we can expect based on nothing more than the fact that we are alive and human. A privilege, by contrast, is earned – it has a price.  In order to drive on public roads in the U. S., we have an obligation to learn and follow the rules of the road, prove that by obtaining a driver’s license, and maintain automobile insurance to cover the costs if we drive carelessly and cause harm. If we fail to do these things, our driving privilege can be taken away.

Let’s be clear: everything granted in the U. S. Constitution is a privilege, not a right. Those privileges are granted with responsibilities, and boundaries. You have the privilege of free expression.  That privilege can be curtailed (a judge can order you not to associate with certain people), has legal boundaries (your privilege ends where another person’s privileges begin. You can’t jokingly shout “fire” in a crowded theater because it places others in danger), and is ‘earned’ by your actions as a citizen – following the law, for example.

In the same sense, voting is a privilege, and although we think of it as something that has more-or-less always applied to everyone in our country, in reality:

Pragmatically, many were (and are!) still disenfranchised by local measures such as poll taxes, literacy tests, and “grandfather” clauses that exempted white male voters from those obstacles.

Let each citizen remember at the moment he is offering his vote that he is not making a present or a compliment to please an individual – or at least that he ought not so to do; but that he is executing one of the most solemn trusts in human society for which he is accountable to God and his country.

Our founders didn’t actually intend for “everyone” to vote. Indeed, they clearly indicated that this would be a bad idea. They limited that privilege to people they felt had a stake in the outcome (white male landowners, remember?) – about 6% of the population.

Although they didn’t trust in kings and hereditary nobles, the founders did still have a strong sense of class distinction, and they didn’t feel the average man had the education or judgement to make good decisions for something as complicated as a government. This is why, rather than a “true” or “direct” democracy, they chose to create a “representative” democracy, or republic. (While the differences seem minor to us today, the perceived gap between those definitions was much broader a few centuries ago) We don’t vote on most laws – we vote for legislators who are, presumably, more appropriately equipped to make good decisions for us than we could make ourselves. We don’t vote for a president – we vote for electors whose function was to override the ignorant masses if they made a dumb decision and voted for a dangerously charismatic idiot or despot. (We have eviscerated this function. Many states forbid an elector to make an independent decision, requiring them to vote the popular vote, rendering their oversight position pointless.)

So, why didn’t the founding fathers want most of us to vote? Well, remember the world was a little bit different then.  They thought a voter should be literate. (Remember, free public schools are a fairly recent development, in historical terms.) Madison, for example, advocated for public education as essential to the health of the republic. He felt that we must ensure all who played a part in the process would have sufficient information to do so responsibly, and educating everyone was the only way to get there.

They thought a voter should have an understanding of “political” topics – that word spanned laws, taxes, economics, property rights, and a host of other things that basically came down to “you ought to know something about how things are managed, in order to influence who gets to manage them.” This knowledge rested with the landed gentry – those with money and property.

In prior sections, I’ve spoken from commonly-held facts, definitions, and perspectives. I should be clear that in this section – I am expressing my heartfelt opinion. It’s a moral stance, and as such it’s decidedly individual.

If you are going to exercise the privilege of voting, you have an obligation to exercise it responsibly.  Your choices will impact millions of other people. If you vote for a candidate who states their position is “x” and when they do “x”, it causes harm – you, as a citizen, don’t get to disavow that harm.  You chose that candidate, and as a citizen you bear responsibility for what they do with the power you have placed in their hands.

If a candidate is clearly anti-unicorn, and you vote for them – when they get into office and start slaughtering unicorns, you own that. You don’t get to say “well, I was just there for his position on elves. This unicorn thing really isn’t something I voted for.”

Yes, it is. Because you voted for that candidate, and they told you their stance on unicorns.

“But I wasn’t there when he made the comment on unicorns.” It was on his web site. It was in the newspaper. It was all over the internet. Find that out before you mark your ballot. 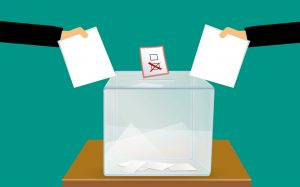 “I only voted for him because I didn’t like the other guy.” I don’t care who you don’t like.  Granting political power over other citizens isn’t about who you want to have a beer with.

If you’re going to vote:

If you don’t have time for all that research, what you’re saying is the equivalent of “I want to spend $40,000 on a new car, but I don’t have time to find out which ones are known junkers that will fall apart on me or result in a crash that kills my entire family.”  You’re exercising influence over millions of people. If you can’t make time to make sure you are doing so responsibly – don’t do it irresponsibly.

If you don’t think it’s “fair” to vote stuff for other people when you are getting nothing – you’re not thinking. If the entire political body (state, country, whatever group your vote is influencing) is healthy and thriving, you benefit from that. If the entire body is sickly and failing, you suffer for that.  No, it’s not “fair” that you should have to spend your allowance fixing the lock on the front door – but when the whole family’s house is secure, your stuff is less likely to get stolen. Keeping our allowance may mean that everything gets taken, and you will end up spending your allowance on dinner. The short-term benefit of having the allowance in your fist is not the best outcome for you or the family, even if it feels better in the moment. If you can’t think of the big picture, and understand how your vote affects you and the people around you – consider whether it’s appropriate for you to exert your influence over others to their detriment.

If you “just can’t vote for him/her” because you don’t like them, don’t care for their spouse, hate the way they dress, don’t like the way they talk… then you’re not looking in the right place. Candidates can be ugly, smelly, and have the most grating voice in history; you’ll never have to have them over for tea. The question isn’t who they are (or, more accurately, who you think they are, due to misleading and manipulative marketing campaigns on both sides of the debate) but what they stand for. Vote for or against their policies and what they have said/shown they will do with the power – not whether you “like them.” 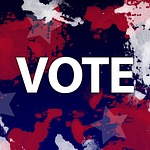 “I’m a Republican/Democrat/Libertarian/Space Alien” does not equal “and therefore I only vote for Republicans/Democrats/Libertarians/Space Aliens.” News Flash: While I’m sure many of your party’s candidates are people who represent your party’s ideals and policies, some of them are jackasses who should not be placed in positions of power. Figure out which ones those are, and don’t vote for them.

Ultimately, the question comes down to this: You are exercising power and influence over others. It will take time. It will require you to think. If you can’t be bothered to think, research, and spend a little time understanding what you are inflicting on others, perhaps you should consider whether it’s appropriate for you to exert that power. If you can’t do it responsibly, don’t do it.

Interestingly, a statement like that causes thinking people to stop and wonder “does this mean me?” while people who are trundling along on auto-pilot are blithely confident that it doesn’t mean them. It’s a result of something called the Dunning-Krueger Effect. Basically, people who have higher cognitive capability also have higher intellectual self-awareness – which causes them to question themselves more. So – if you are questioning whether you are qualified to vote – go back and re-read. Make sure that you are voting well and responsibly, and get yourself to the polls!

If you read through this far and are 100% confident it doesn’t mean you – you are the person this post was written for. Please stay home and read a book.  Write down what you think is true about the issue, and then track what happens when the candidates get in office and enact those policies.  Take a few years to learn how it works before trying to tell people how it should be run.  Until then, you have not earned the privilege. 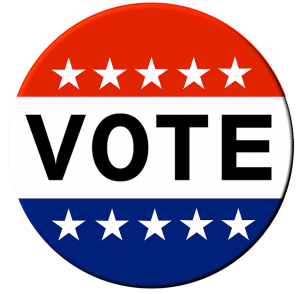